Origo! is a two-player, hotseat, construction game based on a concept from FatShark. The goal of the game is to score higher than your opponent. Score is gained by firing assorted colored objects a gridded sphere, the Origo. Objects will stick to the Origo and each other and create combos if the objects are of the same color, giving the player more points. Bombs and magnets can also be fired to blow objects away from each other, keeping large combos from your opponent. 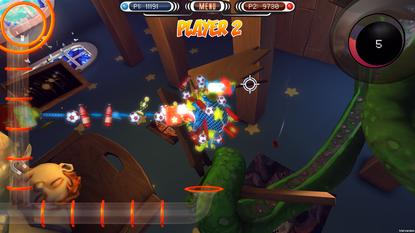 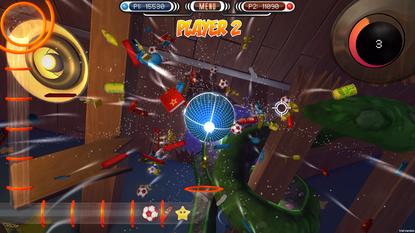 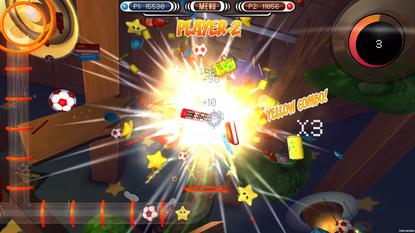 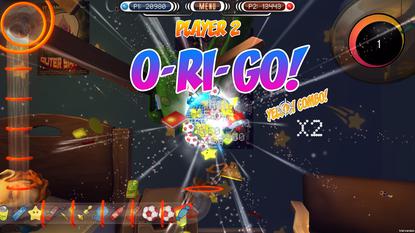 During each turn the current player is given 30 randomly selected projectiles. Most of these are various objects in one of three different colors (red, yellow and blue). These will attach to the Origo and other objects attached to the Origo. This allows the player to build long chains of objects.

By stacking objects of the same color on top of each other the current player will build a color combo. Combos give exponentially more points than single objects and are key to achieving a high score.

There are also two special projectiles, bombs and magnets. Both of these allows the player to destroy combos in order to keep them from their opponent. Bombs explode upon collision and push nearby objects away. Magnets pull along objects they pass by and explode after a few second. After being pushed away objects will get pulled back towards the Origo, allowing for even more points when they attach once again.

This script simulates gravity between a projectile and all objects in an array. In OriGo! we only use a single object instead of multiple gravitational bodies but the system has support for more than a single gravitational object.

This script detects the size of a combo by finding the top parent in the current hierarchy of game objects. When the parent no longer matches the starting projectile's color the script goes through all of the top parent's children. For each child of a matching color the child's children are checked and 1 is added to a counter. After all children have been checked the counter's value is returned.